Waking Up From Propaganda

Waking Up From the Trance
of Social and Scientific Orthodox Propaganda

“What luck for rulers that men do not think”  Adolf Hitler 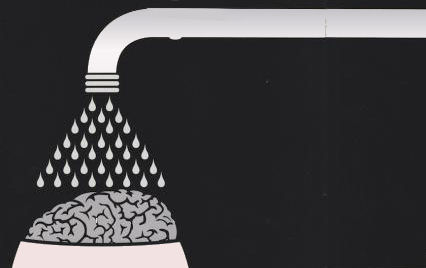 So, with all the “stuff” out there in terms of what we are being told every day, how do we keep ourselves from becoming duped and “doped”? Can we achieve immunity from the vast epidemic of mindlessness that sweeps each year like clockwork through our society?

What do I know, and how do I know it? From what source am I getting my information? How do I recognize a “snowjob”?

If an idea is presented to you as THE explanation for some event or THE solution to some problem, you must say to yourself, “what other solutions are available?” Try playing with other explanations that will lead to other solutions, such as reversing cause-effect relationships.

SWEEPING GENERALITIES or “ALLNESS” STATEMENTS: When you hear or read statements such as “doctors say” or “experts agree”, the implication is that all doctors say, or all experts agree. Say to yourself, “have you talked to every doctor on the planet or every expert on the planet?” Likewise, when you hear the expression “nobody knows” or “no known cure” or “no evidence for”, talk back to them and say to yourself, “Nobody you know knows”, or “There is no cure you know of”, or “There is no evidence you know about.” Try substituting SOMENESS in place of ALLNESS – “Some doctors agree”, or “Some scientists say”, and you’ll get the true picture.

Be ALERT for words like: all, everybody, no one, no, never, always, entirely, totally, completely and absolutely.

Example of an ALLNESS statement: The Salk vaccine was hailed as the “most dramatic breakthrough of the 20th century”. Here, the unqualified superlatives assume that whoever said this was familiar with all the scientists who ever lived and all the breakthroughs of the 20th century. The statement also assumes that “a purely objective standard of superiority exists”, which it doesn’t. When superlatives are used, they should always be qualified, such as “the greatest breakthrough I’ve ever known”. ALLNESS statements expressed by those who have set themselves as society’s “experts” (with your unwitting support) use ALLNESS statements to “box you in”. Of course, they have to stay in that same box if they want to keep their “job” as a social “expert”.

Ad Verecundiam: This rather trite Latin phrase refers to the fallacy of logic of believing “leading authorities” without any supporting science. Externally, we are speaking of the “mystique” of perceived “authority”. The maintenance of the “authority mystique” depends heavily on:

In other words, ISOLATION of the population. ISOLATION is also a component of brainwashing. Because the intellect learns by COMPARISON, when it is presented with only ONE POINT OF VIEW or CONFLICTING DUALITIES as presented in the orthodox media (resulting in chronic indecision), the intellect loses the capacity to discriminate and ultimately ITS CAPACITY FOR FULLY RATIONAL THOUGHT.

We must not forget that there are many orders, degrees, levels, and kinds of realities that correspond to as many kinds of minds that perceive and create those realities. When this fact is forgotten, TUNNEL VISION develops.

Groups in “power” mode pretend “absolute objectivity”, which of course is impossible, and because they are emotionally and “promotionally” involved, develop TUNNEL VISION. When a group in power has a vested interest in sickness and disease, the approaches to the problem (which in many cases has been deliberately created) will be expensive, circuitous and complex . (AIDS,CANCER, GULF WAR SYNDROME, WAR ON DRUGS, GUN CONTROL)

ONE CATEGORY: One of the results of the Elite – Non-elite polarity in society, as well as the growth of global socialism, is the lumping together of everyone in the population and the adoption of “mass treatment” programs that ignore individual sensitivities and characteristics which socially and biologically makes every “human being” unique. Thus, we see “mass vaccination”, “mass fluoridation”, “mass genocide” and other forms of this that manifest themselves as HERD PROCESSING. This type of thought and action carries a tendency to over-simplify solutions, exaggerate benefits, minimize or ignore hazards, discourage or silence the scholarly or thoughtful opposition, create an urgency where none really exists, create mass fear and extend the concept of state police powers far beyond its conceptual limitations.

REASONING BY ANALOGY: Because of the uniqueness of people and events, very often the shared characteristics between events or situations are fewer than the differences between them. When a person decides to make a point by comparing the small number of shared characteristics, it is called “reasoning by analogy”. The problem with this kind of reasoning is that often crucial differences are ignored, leading to faulty analogies and post hoc reasoning in order to support an argument. Example: Epidemics occurred many years ago and were apparently corrected by vaccines, therefore these epidemics will reoccur if no vaccines are used. This is post hoc reasoning assuming a casual relationship between two events.

POLARITIES: To most people, the world is divided into two camps, right/wrong, black/white. There is no alternative. It is also called either/or or two-valued thinking. Two-valued thinking can be very useful for the propagandist because it creates FALSE DILEMMAS. An example of this is when an allopathic physician declares to parents concerned about the inherent danger in vaccines that “the risks of the disease outweigh the risks of the vaccine”. In other words, he is saying “there is only ONE WAY to prevent the disease – vaccine use”, and there are no alternatives.

CARD STACKING: Card stacking is an extension of the two-valued thinking just mentioned. It is the “art” of carefully selecting and presenting ideas and data (that may be true or false) so that only the best or worst possible case is presented. Any other possibilities are either ignored or discredited. The object of all this is to get the public to REACT STRONGLY, “FOR” or “AGAINST” an idea, issue, person, or object.

An example of this technique would be a pediatrician to explains to a television audience how “vaccines wiped out” dread diseases, without giving credit to improved sanitation, personal hygiene, improved diet, or the supreme capabilities of the immune system. The technique is very often accompanied, in terms of “studies”, by publication of incomplete data, promotion of far-reaching claims and refusal to publish collateral data which questions the safety or efficacy of what is being promoted.

Card stacking can also be concealed by misleading use of words and “discussions” where only the proponents of a particular group are present.

LOADED IMAGES: The goal of the propagandist is to “stack the deck” with emotionally charged meanings or connotations. An example would be reference to a disease as a “hidden menace” or a “killer and crippler” and that “a vaccine is the only solution.” Interestingly, in terms of vaccines for relatively benign, self-limiting diseases of childhood, these diseases have because of vaccines been transformed into more serious conditions in adolescents and young adults. See our master analysis of the vaccine paradigm or books on the subject for details.

LOADED WORDS: Loaded words can be used to get attention, arose fear and induce the population to obey “authorities”. Newspapers are a good source illustrating this. With reference to disease and the allopathic paradigm, words like “dread”, “deadly” and “risk” appear frequently in order to intimidate the reader. In order to suppress movement toward alternatives, words like “quack” are ironically directed toward “unapproved” solutions. The irony is that the word “quack”, associated with incompetence and deception, belongs with orthodox allopathy, not as a blanket ALLNESS directed toward non-polaric alternatives and proponents of them. But, this is the way orthodoxy attempts, and succeeds, at intimidating the public.

THE BANDWAGON APPROACH: Everywhere you will find editorials in newspapers which argue for passage of a particular law or proposal by pointing out something like “16 states now have this law” or “35 states now use fluoridation”, or “65,000 children received this vaccine last year in Ohio”, suggesting that “everybody is doing it” so it “must be right”. The bandwagon approach to propaganda. The idea that something is “right” or “good” if enough people are doing it is one of the most seductive of mental traps, because within it lies the human need to belong to a group. The problem with “bandwagons” is that they can easily promote mindless conformism and unconsciousness. Because bandwagons are action-oriented rather than critical-inquiry oriented, unconsciousness is often a consequence. The “solutions” often demanded by bandwagon approaches are nearly always quantitative in terms of “status quo” solutions. Nowhere is this better illustrated than in the vaccination and AIDS bandwagons. With vaccines, it is “more education” and “more legislation” to get more people injected. With AIDS, it is “more money” for “more research” into “more drugs” and “more vaccines”. Bandwagons, therefore, can easily become part of the problem itself.

If you know the mechanics of propaganda you can escape these brainwashing methods. The Leading Edge International Research Site has tons of informations about the human consciousness, its manipulation and how to become souvereign. Very interesting! 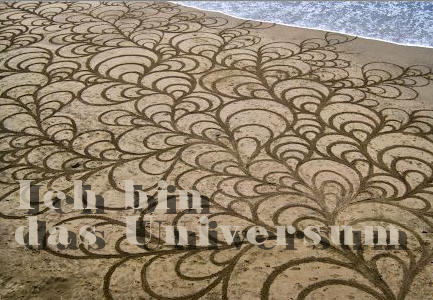 The healing Power of Arcturians

Perhaps the question we hear most often from our physical friends is: Why is it taking me so long to get what I want. END_OF_DOCUMENT_TOKEN_TO_BE_REPLACED 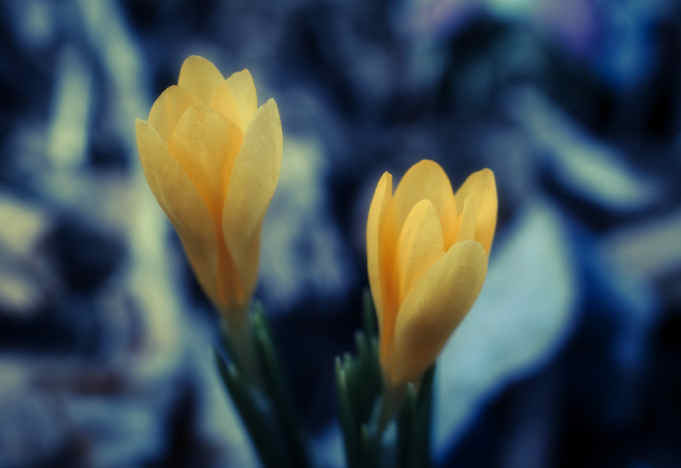 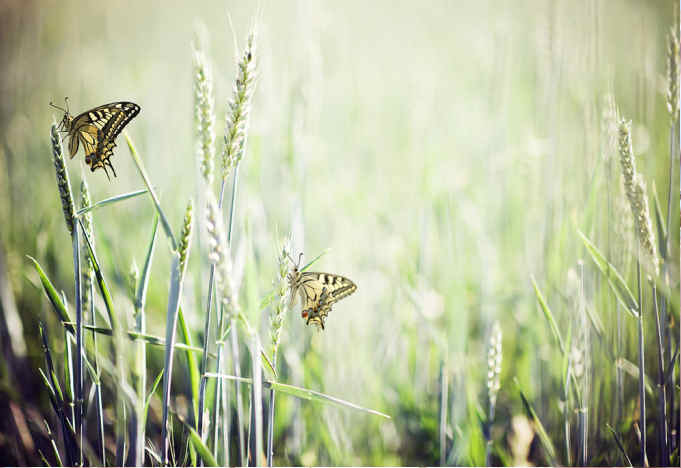 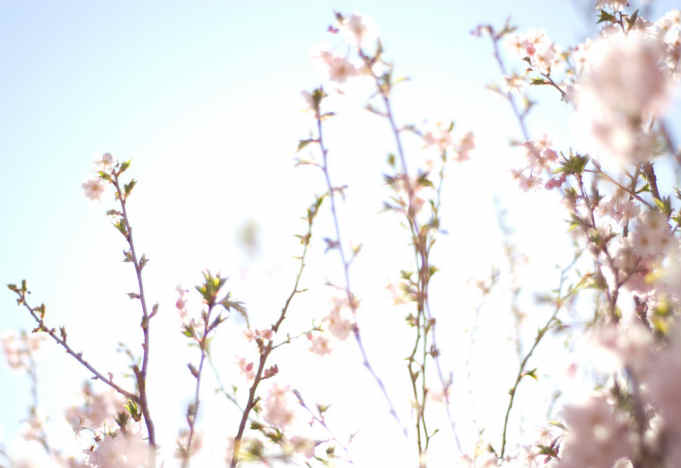 You are sitting in the garden, the traffic is passing by and there are many noises and many sounds. You just close your eyes and try to find the subtlest sound there is around you. END_OF_DOCUMENT_TOKEN_TO_BE_REPLACED