Give Peace A Chance

Time again for some good vibrations, today with Give Peace a Chance by John Lennon. Good sound, great lyrics!  Yes, who needs …ism! They are a source of separation and therefore of wars. 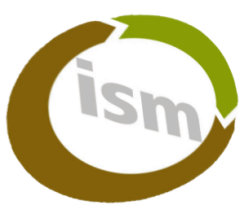 John Lennon is right. All these separating “…ism” promote war. Would he ever have had a chance to win the Nobel Prize of Peace? I guess not. They prefer to give it to bankers and environmentalists, not to speak of Arafat and Rabin, Kissinger, Obama and so on…. This is really a strange list! Prize Laureates

On the unorthodox pick, Asle Sveen, a historian remarked to the AFP: “There were enough good nominations in the area of conflict resolution in the strictest sense but the Nobel Committee is increasingly taking the fight to the fundamental reasons for which war is waged. It is not enough to make peace, this peace must be a just peace and the causes of war, such as hunger and poverty, must be treated at their roots. ”

I ask myself: How come then that one of the richest countries of the world – the U.S.A. – makes war after war ?

Human Race Get Off Your Knees

The new book of David Icke describes the challenges humanity faces right now. There are, and will be, so many challenges because the world created by the dying vibrational construct must collapse END_OF_DOCUMENT_TOKEN_TO_BE_REPLACED

Being able to focus is very important to canalize energies to a desired manifestation. Elias offers in his Session 1810 a visualization to understand focusing and to practice it effortlessly. END_OF_DOCUMENT_TOKEN_TO_BE_REPLACED

Remember, there is no expression within your reality that you are ACQUIRING. You do not acquire. You already possess. It is merely an expression of actualizing what you possess. That is accomplished in… END_OF_DOCUMENT_TOKEN_TO_BE_REPLACED

During her workshop in Zurich early November 2010 Little Grandmother Kiesha Crowther – Shaman of the Tribe Of Many Colours – speaks about 2012, the expected pole shift and how we should prepare ourselves… END_OF_DOCUMENT_TOKEN_TO_BE_REPLACED

The super-rich may evolve into a separate species entirely in the future due to enhancements in biotechnology and robotic engineering, American futurologist Paul Saffo has said. END_OF_DOCUMENT_TOKEN_TO_BE_REPLACED

Gouvernements, religions and other organizations and people want to persuade everybody to sacrifice their money, energy and even life to their (mostly destructive) agendas and call this patriotic, service to a community or to God or for a “greater” purpose. END_OF_DOCUMENT_TOKEN_TO_BE_REPLACED