This is an excerpt from The Reconnections channelled by Daniel Jacob. Read the full article here. I think that this is a very good explication about “aliens”. On the site is a huge archive with very interesting channellings.There is also a sister site about Starchildren which too offers thrilling informations!… Read the rest

In his wonderful workshop ‘Accelerating ET Contact’ Bashar speaks about how to reach higher frequencies enabling contact with his civilization, about parallel worlds, 2012, UFO landing and more. And as his civilization considers the human society as very limited and living in dark ages he shares also this analogy about the rubber band which is pulled far into the dark and will – when released – catapult humans very quickly into the light…

You know that when you take a rubber band and pull it back and let it go it shoots up in the opposite direction.… Read the rest

An extraterrestrial view on the Financial Crisis from Bashar …
Q: Our financial system is apparently going through a chaotic transformation END_OF_DOCUMENT_TOKEN_TO_BE_REPLACED

This is an excerpt from a Bashar session about Human-Zeta Hybrids, ETs and Contact with Humans and Men in Black. It sounds quite strange END_OF_DOCUMENT_TOKEN_TO_BE_REPLACED

In the recent Global Energy Breakthrough Conference  in Boulder, Colorado, Michael Tellinger shared his theory that sound is one of the most abundant forms of free energy on the planet. He said that sound is the primordial source of all things and is the common denominator of all creation.… Read the rest 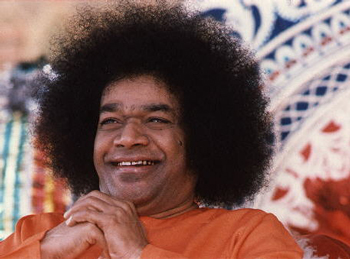 Bashar answers questions about the manifesting abilities of Sai Baba (23. 11.1926 in Puttaparthi, Andhra Pradesh; † 24. April 2011) and explains the mechanism of this creation. The ashes that Sai Baba produced in considerable quantities are a by product of creation, remains of  raw substance as Bashar says.… Read the rest

Montalk writes  in a series of articles about the spiritual and material technology used since ancient times by alien and human beings to dominate the half-sleeping population. END_OF_DOCUMENT_TOKEN_TO_BE_REPLACED

Dr. Carol Rosin released the Outer Space Security and Development Treaty of 2011 during her presentation at the International UFO Congress held last weekend in Scottsdale, Arizona to a standing ovation. END_OF_DOCUMENT_TOKEN_TO_BE_REPLACED

These are excerpts of DVDs by Sheldan Nidle.  What you need to know to prepare you for the landings,  the pre-landing scenarios and what the transitional government does…  END_OF_DOCUMENT_TOKEN_TO_BE_REPLACED

The Rulers Of The World

UPDATE: In the Forum of Project Avalon is now a very interesting discussion about Charles and with the participation of Charles and Bill Ryan. It deals a lot about a planned false flag invasion of aliens to incite war on the whole planet… END_OF_DOCUMENT_TOKEN_TO_BE_REPLACED

Scientists and geologists all agree the Earth has experienced many pole shifts in the past. There is growing evidence that the Earth’s magnetics are definitely changing and the changes are accelerating. END_OF_DOCUMENT_TOKEN_TO_BE_REPLACED

The Crop Circle Season is finished for this year and again we saw wonderful formations, mainly in England but also throughout the whole world.  The phenomenon is also well-known by African shamans. END_OF_DOCUMENT_TOKEN_TO_BE_REPLACED

The most important announcement in human history is that there is life beyond Earth. The question isn’t, ‘is there intelligent life in the universe? but ‘why haven’t they visited us?’  The answer is, ‘they have’ and ‘they are here’! END_OF_DOCUMENT_TOKEN_TO_BE_REPLACED

Many of the flying saucer appearances come from a plane, that is much more advanced in technological sciences than earth at this time. However, this is still not a mental-science plane.

Therefore the camouflage paraphernalia appears, more or less visible, to your own astonishment.… Read the rest

Reptilians are “in” actually, in symbolism like vampires, demons an alike.  Bashar gives here a short overview about this race and their characteristics…

Q: Do reptilian extraterrestrials have the power to take over here?
Bashar: No.
Q: It seems to me that the Greys evolved out of the Reptilians, is this accurate?… Read the rest

All manifestations come from vibrational patterns which one could call also belief systems. And there is only one way to change unwanted patterns… By going back into the vortex or in other words…  by choosing different beliefs to be able to be joyful, feel good and even being exstatic..… Read the rest

In this video Bashar, channelled by Darryl Anka, answers a question about manifestation or rather about things not manifesting as intended.  He asks “Do you understand the Law of Attraction” END_OF_DOCUMENT_TOKEN_TO_BE_REPLACED

The earlobes are very important acupuncture points, very closely connected to remembrance. When the ear is pierced the energy within gets a sever jolt. In fact, piercing the ears was even a well-known remedy END_OF_DOCUMENT_TOKEN_TO_BE_REPLACED