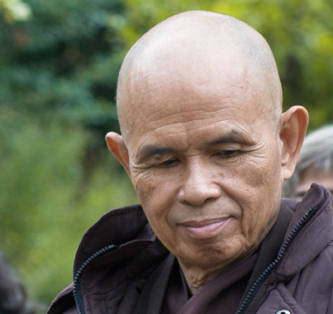 There are more and more organisations based on the spirit of  Oneness, like Humanity’s Team or the Oneness University and also Global Country END_OF_DOCUMENT_TOKEN_TO_BE_REPLACED

Everybody can decide deliberately to be happy, whatever happiness one chooses. No need to wait for outer circumstances. Happiness is created from inside out!

It’s not about creating that reality, it’s really about attracting that reality. Everything already exists, it was already done by Creation, you don’t have to do it again.  All you have to do is manifest it through you, in your unique way. That is how you are a co-creator.  Don’t confuse the semantics of your language that says you are a creator, that you have to create the reality from scratch.  No, you create the manifestation, the expression of a reality, an idea that already exists, through you, by acting like that reality, so it can ‘channel’ through you. You have to become the vibration before you can become magnetically attractive to that reality, so it can express itself through you.  That’s why it excites you so much.  If it were not so easily manifestable something else would excite you, instead.  Because the universe does not do pointless things. The universe does not say, “I will make this your heart’s desire, but you can’t have it!”  Trust your heart’s desire.

Why base your happiness on what you think must happen outside you?  BE HAPPY! And as you are happy you become the vibration of happiness, attracting all the circumstances and situations in life that reflect the concept of happiness.  But, be happy because that is what you prefer to be, not just so you will attract those things.  Be happy and you will attract those things that are representative of happiness. This is not philosophy, this is physics! What you put out is what you get back. The energy level or frequency you operate on determines the kind of reality you will experience.  It’s physics.  You have to become a particular frequency in order to be the antennae that will receive an echo of the same frequency.

Keep it simple. It is ALL about vibration, about states of being. Become as transparent as glass and all that is not of your frequency shall pass right through you.

Distraction is a very powerful tool to interrupt unloved patterns. Instead of continuing to struggle with duties – shoulds and musts – it would be more effective to go shopping,  doing a walk, watch a movie or anything else pleasurable to find new perspectives. This sounds banal, however it is rarely done. So if you feel next time stuck in responsibilities with others or your job, or bored or uninspired – change perspectives!

Allow yourself that permission!

Guest:  I’m really, really getting stuck on all of my beliefs about responsibility.

Guest:  I understand that and I don’t know how to get out of it.

ELIAS:  I may express to you, first of all,  distract yourself.  Allow yourself to listen to yourself and incorporate action in association with your own communications.  Although you express a fear of your ability to generate what you want, attempt to offer yourself the freedom to generate steps to move in a different direction.  If you are not generating a comfort in what you are doing and you are continuing to perpetuate this struggle, stop.  Distract yourself.

Distraction, as I have stated many times previously, is a powerful tool, for it interrupts patterns.  By the interruption of the familiar patterns, what you generate is an introduction of flexibility.  This creates an avenue in which you may change your perception and therefore allow for your creativity, and you may view the situation quite differently.  For in that interruption, you generate a different type of energy, and in that different type of energy, you offer yourself different information.

What generates this experience or this feeling of being stuck is that you continue to repeat the pattern and you perpetuate the struggle, which develops into conflict.  But if you distract yourself and you interrupt that pattern, you allow yourself to view the situation in a different manner. 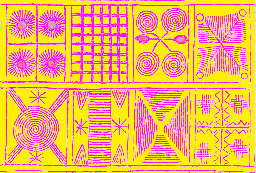