Parents have in some cases overwhelmed their kids with so many new and different endeavors that they have not had the opportunity to learn how to repose. Contrary to our society’s energetic values, END_OF_DOCUMENT_TOKEN_TO_BE_REPLACED

Montalk writes  in a series of articles about the spiritual and material technology used since ancient times by alien and human beings to dominate the half-sleeping population. END_OF_DOCUMENT_TOKEN_TO_BE_REPLACED

Being selfish is considered as a sin, not only by religious institutions but also by the contemporary Zeitgeist. It is expected to show at least a kind of  team spirit or even to sacrify oneself  for others and if you do that to a large extent you are considered as holy.  What is not known is that one can help “others” only by expanding the own consciousness which requires  “Selfishness”, that is concentration on one’s own focus.  If one is not practising self-awareness first the blind will continue to lead  the blind… 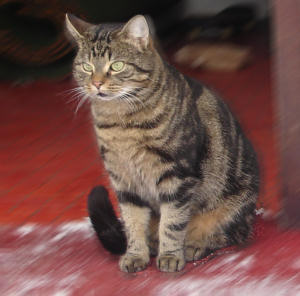 Abraham : We’re wanting you to want so much for your own personal joy, that you can be as selfish as your cat. Your cat, who may focus upon you in the moment, or may not, but we promise you, your cat will do whatever is best for it. And where humans got the idea that their own individual, personal suffering was an any way good for anybody else, defies all Laws of all Universes that we have ever encountered. Feeling good is good, and is your indication of your full Connection with who You are. So, we’re wanting to help you to remember, to reorient you, to, almost to shock you into, the awareness that every Consciousness, which includes your full human form, and even the cells in your body–every Consciousness is, and must continue to be, selfishly oriented. Because, unless you are reaching for what is individually best for self, you cannot stay connected to Source. And the Whole, that is Well-Being based, cannot continue to be.

Your freedom will truly come to you when you learn to exercise the power of your own focus. And we have never met anyone who could exercise the power of their own focus, who didn’t first decide, “I really, really, really want to feel good. Nothing is more important than that I feel good. Everything other than that is irrelevant. I am going to focus upon that which feels good.” As you begin to let feeling good be your dominant quest, everything in your environment begins to take shape to that–because your environment is coming in response to your thoughts.

The super-rich may evolve into a separate species entirely in the future due to enhancements in biotechnology and robotic engineering, American futurologist Paul Saffo has said. END_OF_DOCUMENT_TOKEN_TO_BE_REPLACED