Of course there are a few different kinds of interpretations and many different ideas that are connected to those notions other than just the popular ones, shall we say. [audience question] Well there are a few different things we can check. One thing we have already told many of you is that the threshold that you call 2012 is simply the leading edge of the collective consciousness crossing critical mass threshold. The idea being that on the other side of that particular moment in time there will be more positive momentum on the planet than negative.

The way in which you experience this transition, again, is really up to you. Please remember there are an infinite number of parallel realities all going on simultaneously. It’s not, in a sense, that you actually change the world you are in. It’s that you change your frequency to be like that of the world you prefer to experience, and then experience that parallel earth that already exists on that level. It may look as if everything around you has changed, but in fact it’s you that have changed and in a sense haved shifted yourself to the world in which there already exists the versions of the other people that are germain to that world; that are on the same frequency of that world. Those that are not on that frequency will no longer appear in your reality. They will simply vanish from your life one way or another.

As time goes on, even though right now you are still in a collective agreement that allows you to experience many people who have belief systems that are very different from your own. Maybe even very incompatible with the frequency that you prefer. In time this will no longer be possible. The idea will be that those people will simply phase out of your reality. They will remain in the reality in which their frequency is appropriate. And you will have vanished from their reality. Oh, I wonder what ever happened to so-and-so? They’re on another earth having there own experience based on the frequency they most believed would occur.

The “Rubber Band Analogy” is that the farther back you pull the rubber band into the darkness, when you finally decide to let go, that’s how much farther and faster it will shoot on the other side. Because you are giving it all that momentum, all that energy by pulling it so far back into the darkness. So when you do reach critical mass and you do cross the threshold and you do finally let go after straining for so long to hold it back here into the darkness, it will shoot very quickly onto the otherside and go that much further into the light.

Your world is preparing to experience a level of unconditional love in the near future, unprecedented on your planet. Even in ancient times with other civilizations that were far more connected, far more in remembrance of their connection to spirit, never before on earth have you gone through the darkness to the light in this way. And the remembrance shall be profound, by having taken that path. And the love, once regenerated, shall never be lost again. And in one-thousand of your years, you will no longer incarnate at all as humans on your world. But will as we’ve said leave it for others to use for their own journeys, their own experiences, their own discoveries of self; but you will guide them, you will aide them, you will be their spirits, you will be their entities. You will be the ones to whom they turn for guidance.

Ride the leading edge, the crest of the wave of transformation of your collective consciousness. Ride the wave of yourself into the future you prefer, by being in the now. As you approach the threshold crossing of your year of 2012, when you tip the scale from going from a slightly overwhelmingly negative collective energy to a slightly overwhelmingly positive collective energy, you can work toward, build toward that moment, that crossing, by aligning with yourselves more fully — so that, when the tipping of the scales occurs, and for the first time in a long time the collective energy of your world is finally slightly positive, you can then ride with that accelerating, snowballing energy, that will continue to accellerate forward and expand forward from that point forward in time.

Osho: What Is A Mantra?

Osho gives a very unusual definition of a Mantra. Of course he is right when he says that “a man of God is born when the mind is not narrowed at all” but one can use the “narrowing” or focusing for specific  events. I think one can have it all “the overflowing of energy  in all directions” and the focusing for certain desires. Btw, Osho defines religion as “going back to the roots” and not as it is understood by most as institution. 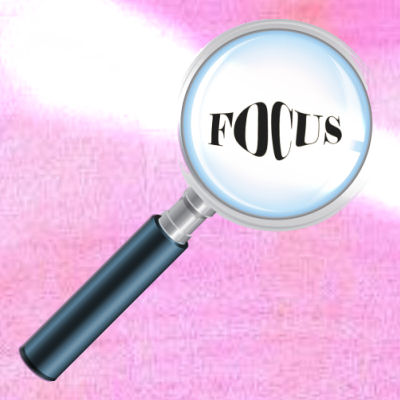 Remember that a mantra is a secret technique to achieve more power. A mantra is not spiritual, it is political, but the politics are of the inner space, not of the outer. The mind can become powerful if you narrow it down; narrowing is the method. The more narrow the mind, the more powerful it becomes. It is just like the sun’s rays falling to the ground. If you focus those waves, those rays, through a lens, fire can be created. Those rays were falling all spread out but now they have been narrowed down through the lens. They have become one-pointed, concentrated; now fire is possible.

The mind is energy, in fact, the same energy that comes through the sun, the same subtle rays. Ask the physicists. They say the mind has a voltage of electricity, that it is electrical.

A mantra is a part of magic not of religion at all, but everything is a big mess, mixed up. People who are doing miracles are magicians, not spiritual in any way. They are even anti-spiritual because they are spreading magic in the name of religion, which is very dangerous.

A man of God is born when the mind is not narrowed at all, when the mind is not flowing in one direction but is overflowing in all directions. There is no lens, no mantra, just the energy flowing in all dimensions everywhere. That flowing energy, that energy overflowing everywhere, will make you alert about yourself because then there is no object. Only you, only subjectivity exists, and through you, you will become aware of God, not through any power.

In his wonderful workshop ‘Accelerating ET Contact’ Bashar speaks about how to reach higher frequencies enabling contact with his civilization, about parallel worlds, 2012, UFO landing and more. And as his civilization considers the human society as very limited and living in dark ages he shares also this analogy about the rubber band which is pulled far into the dark and will – when released – catapult humans very quickly into the light…

The Rubber Band Analogy is that the farther back you pull the rubber band into the darkness when you decide to let go that how much farther it will shoot on the other side, because you will given it all the momentum all that energy by pulling it so far back into the darkness. So when you do reach critical mass and you do cross the threshold and you do finding let go after straining for so long after holding it back into the darkness it will shoot very quickly onto the other side and will go that much further into the light…

Actually we have governements in Europe and the USA that are moving to a dictatorial behaviour and treating individuals rather as slaves than as free beings. This is probably the agony of a dying system which tries to save its power. END_OF_DOCUMENT_TOKEN_TO_BE_REPLACED

The earlobes are very important acupuncture points, very closely connected to remembrance. When the ear is pierced the energy within gets a sever jolt. In fact, piercing the ears was even a well-known remedy END_OF_DOCUMENT_TOKEN_TO_BE_REPLACED

Being aware of each thought one is thinking END_OF_DOCUMENT_TOKEN_TO_BE_REPLACED