Beliefs are one of the most powerfull mental tools in this area of consciousness which is called earth. Beliefs influence the perception (the creating mechanism) so much that one can see literally only what one believes. 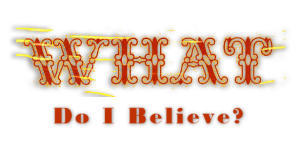 There are core beliefs like gender, the so-called natural laws, etc. which are believed by everybody and which are difficult to change and there are many belief systems like sexuality, religion, science… which can be changed more easily. Change means choosing aspects of these belief systems which are agreable. Actually and probably since thousands of years rather disagreable beliefs are chosen…

The misunderstanding with beliefs comes from ignorance about beliefs. So many, many people think that they have to believe what some “autorities” say and don’t trust their own innate ability to chose themselves the beliefs they prefer. Jesus Christ i.e. said: “If you cannot find out by yourselves, believe me at least”. This has been transformed in “believe in me” which is absurd. But of course – as with all major features of human life – persons, organisations, churches claim to know better, to know THE truth. And so they controlled the life of people, states, nations – of the world.

Nobody knows “better”. Nobody can tell me what is “best” for me. So the challenge is now to understand this mechanism and to choose deliberately my own beliefs. This requires self-knowledge and trust  in my own abilities. And when I start doing this I will perceive my beliefs “outside”. And then I know that it works like this.

So beliefs are just a tool – basically an individual tool – which has been manipulated by many “authorities” to gain power and wealth. But now we live all in “The Age of the Individual” and it is time to think and choose individually. It is time to activate this innate mental-tool deliberately.

A belief is only a thought that you keep thinking.

Bashar: How to change beliefs

A man was selling oranges in the middle of a road. He was illiterate, so he never read newspapers. He put some signs along the road and spent the whole day praising the flavor of his wares. END_OF_DOCUMENT_TOKEN_TO_BE_REPLACED

Definitions are the base of belief systems and therefore it is very important to know how one is defining words and terms. One has to know also the associations triggered by these words to be able to recognize what one is really – and I mean really really – meaning and believing and the beliefs shape reality. Nothing less.

Elias, channelled by Mary Ennis,  shares definitions of  compassion, caring and concern, which are somewhat related to each other and often misunderstood and misused, so to speak. I think his definitions can give more clarity…

Compassion,  in our redefining of terms … which is a movement of this shift in consciousness, for you are also redefining your reality, and the manner in which you redefine your reality is to redefine your terms, your meanings. In the redefinition of compassion, genuine compassion is understanding, not pity; for this is not to say that you do not care. Individuals confuse caring with concern. You define those terms as the same, as synonymous. Concern and caring – no.

Concern is different. Concern is a projection of your attention outside of yourself and focusing your attention on outside elements in judgments. You express concern in comparisons and judgments that one direction is better and one direction is worse. You concern yourself with another individual for they are not expressing well enough. They are not creating their reality well enough, and you within yourself know a better method. 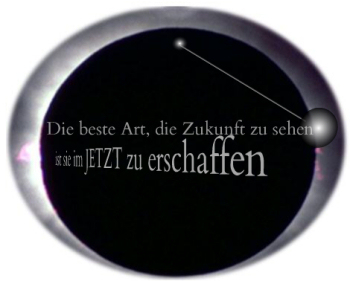 I don’t think that eating meat is completely unhealthy – exept for the animals of course – but it is a strange habit to eat cadavers. Beside this, animals are raised in a very cruel way – not all of them – but a large number. END_OF_DOCUMENT_TOKEN_TO_BE_REPLACED