This is a new definition as of December 17, 2007. It is based on the academic work of the Jack Mayer and Peter Salovey. This definition differs from the Mayer Salovey definition in one very important way because it emphasizes that emotional intelligence an innate potential.

In other words, each baby is born with a specific and unique potential for these components of emotional intelligence:

Because the definition offered here is based on an innate potential, it makes a very important distinction between this inborn potential and what actually happens to that potential over a person’s life.

This is the scientific definition of emotional intelligence so to speak and it covers some aspects of the important role of the emotions, but not all. The main weakness in this theory is that it deals to much with “survival” and “fear”.  So they agree that a baby is born with innate emotional intelligence but then risk to learn “unhealthy emotional habits”. They suppose that a human being can be talented in emotions or in mathematics or in music, etc. Not everyone is born with a talent for mathematics or music, but everyone is born with emotions and the ability to listen to these emotions. Humans could not live without emotions, because they are far more than a tool like i.e. the intellect. They are basic for living here on Earth, basic like breathing.

So I would like to speak about another definition of emotion which is given by Elias and which seems to me much more intelligent and true. Elias speaks about the belief system of Sexuality and Emotion and defines what that means for human beings. Here are some excerpts:

In this, the emotion exists regardless of the belief system. The experience of emotion is created and exists and is expressed with or without the belief systems, but you are incorporating belief systems into this particular dimension. Therefore, it is not necessarily a question of which you have created first, for you create them together, but they are functioning differently. The belief systems are influencing of your emotions, but emotion is a translation of a tone quality of essence. It is a translation into a physical dimension for the reason of physical experience. Belief systems are not an aspect of essence. They are a creation, a tool to be manipulating perceptions within physical dimensions that influence and create your reality….

If you are interested in this definition, you can read more about emotions here. I would add, that emotions – passion – is the engine that drives your visions, dreams and desires into manifestation. The role of the emotions cannot be appreciated enough : Vision + Emotion = Manifestation!

On June 20 and 21 was a teleconference with Bashar and as usual he offered fantastic informations about the actual progress of this shift in consciousness and he offered also some new interesting definitions. END_OF_DOCUMENT_TOKEN_TO_BE_REPLACED

Love – Devotion
Feeling – Emotion
Don’t be afraid to be weak 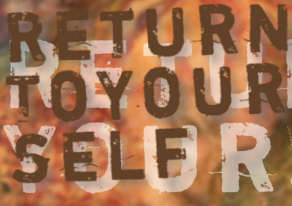 If you want, then start to laugh
If you must, then start to cry
Be yourself don’t hide
Just believe in destiny
Don’t care what people say
Just follow your own way
Don’t give up and use the chance
To return to innocence

Since a certain time the media – as well as our unwise “leaders” and of course the economy “experts” – do not speak anymore of human beings or only citizens, they speak of consumers.  END_OF_DOCUMENT_TOKEN_TO_BE_REPLACED

In the movie Alice in Wonderland there are – as in any good fairy-tale, several bright insights which are worth to be considered. One of these insights that Alice learned from her father is: Sometimes I think 6 impossible things even before breakfast. END_OF_DOCUMENT_TOKEN_TO_BE_REPLACED