Human Race Get Off Your Knees

The new book of David Icke describes the challenges humanity faces right now. There are, and will be, so many challenges because the world created by the dying vibrational construct must collapse as its informational foundation is replaced by a new and higher vibrational era. If you change the software in a computer it is not going to decode the same images – the world – on the screen that the previous one did because the information is not the same. So it is with what is happening today with Planet Earth and the wider Universe.

So it is crucial to develop the ability of choice in every moment and choice means the choice of  vibrations. To know which vibrational stance one chooses one have only to watch the emotions. They are the immediate  indicator of what one is choosing:  Happiness – positive feeling and therefore going with the flow of consciousness or Suffering – negative feeling and therefore resisting the flow of  consciousness and dwelling in fears.

So really – get off your knees and start thinking, feeling, choosing and deciding yourself… 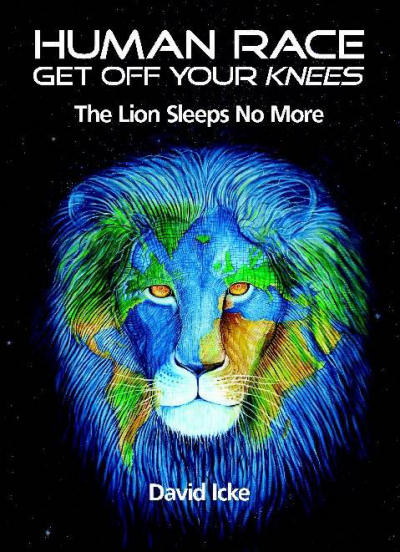 We live in extraordinary times. On one side we are seeing the imposition of a global Orwellian State of total surveillance and control by those who serve the Moon Matrix, and on the other a fantastic energetic transformation is taking place – what David calls the ‘Truth Vibrations’, a phenomenon he first predicted in 1990 and used as the title of his first book after his ‘eyes opened’.

The Truth Vibrations are awakening vast numbers of people to remember who they really are – infinite, eternal Consciousness.

Humanity is at a fork in the road and it is time to make a choice. Are we going to awaken to our true genius and potential as Infinite Consciousness? Or are we going to remain entrapped in body/mind and the manufactured illusions of the Moon Matrix?

One choice will give us freedom and potential on a scale we could not have thought possible, while the other will condemn us and our children to a global fascist/communist dictatorship on a scale that would make George Orwell wince.

Geoffrey Hope writes in the newsletter of Shaumbra “If I were a king”  about self-value and about how many people lack of it. I agree completely and suggest to wear a kind of crown sometimes to feel the power of the own personnality. END_OF_DOCUMENT_TOKEN_TO_BE_REPLACED

The earlobes are very important acupuncture points, very closely connected to remembrance. When the ear is pierced the energy within gets a sever jolt. In fact, piercing the ears was even a well-known remedy END_OF_DOCUMENT_TOKEN_TO_BE_REPLACED

Being aware of each thought one is thinking END_OF_DOCUMENT_TOKEN_TO_BE_REPLACED

There are so many channelled messages “out” there, that it is impossible to keep track. However, today, I found a message in a mailing list from Kryon of Magnetic Service , channelled by Lee Caroll END_OF_DOCUMENT_TOKEN_TO_BE_REPLACED