Neville Goddard: Feeling is the Secret

Recently, I asked a very successful businessman his formula for success. He laughed and was a little embarrassed. Then he replied, “I guess it’s just because I can’t conceive of failure. It’s nothing that I think about much. It’s more a feeling that I have.”

His statement coincided completely with my own beliefs and experiments. We can think about something forever and never see it in our world, but once let us feel its reality, and we are bound to encounter it. The more intensely we feel, the sooner we will encounter it. We all regard feelings far too much as effects, and not sufficiently as causes of the events of the day. Feeling is not only the result of our conditions of life, it is also the creator of those conditions. We say we are happy because we are well, not realizing that the process will work equally well in the reverse direction. We are well because we are happy. We are all far too Extend your feelers, trust your touch, participate in all flights of your imaginations and be not afraid of your own sensitivities.undisciplined in our feelings. To be joyful for another is to bless ourselves as well as him. To be angry with another is to punish ourselves for his fault. The distressed mind stays at home though the body travels to the ends of the earth, while the happy mind travels though the body remains at home.

END_OF_DOCUMENT_TOKEN_TO_BE_REPLACED

“In the old days, really old days, leaders of continents, nations, and principalities taught people how to think. To help them along, they used to put an herb called rauwolfia in the community water well. In other words, quietly they endeavored to put the herb equivalent of Prozac in the village water well. The reason they did that was because leaders of peoples a long, long time ago had a very different responsibility than the famed and fortunate ones of today. They had the exquisite duty of reinstating confidence, protection, and equalness within the people, and rauwolfia was a wonderful drug in water that relieved people’s insecurity.”
END_OF_DOCUMENT_TOKEN_TO_BE_REPLACED

With a few simple changes of attitude you can install a new positive habitude. By this you are independant of the vibrations of other people and you are not so easily manipulable. This new attitude is the beginning of souvereignty END_OF_DOCUMENT_TOKEN_TO_BE_REPLACED 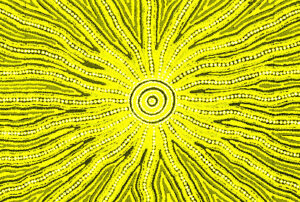 Act on your passion and don’t forget, you must also be passionate about being passionate.
Never give up when negative thoughts look around.

Create a situation,  an action and a behaviour that takes you back to your passion.… Read the rest

Seth: “Now: I am not telling you to go out and get grass [marijuana], but grass is a natural ingredient, and acid [LSD] is not, in your terms.”… Read the rest

Crystals cut into sacred Phi angles are capable of many things, most of which are beyond the current understanding of the masses of humankind within polarity consciousness. You see these crystals exist above the spectrum of your visible light, END_OF_DOCUMENT_TOKEN_TO_BE_REPLACED

The ability to imagine what you are wanting, rather than only observing what-is, is what takes you beyond. You are a physical being, but you are much more. END_OF_DOCUMENT_TOKEN_TO_BE_REPLACED

This is an interesting conversation with Elias, channeled by Mary Ennis, who confirms what Bashar is saying about the fact that everything is fundamentally neutral and that the meaning is determined by my own decision and definition… END_OF_DOCUMENT_TOKEN_TO_BE_REPLACED