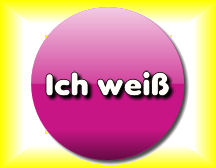 You know that the heart loves and feels, but did you know that the heart also thinks, remembers, communicates with other hearts, helps regulate immunity, and contains stored information that continually pulses through the body? In the Heart’s Code, Dr. Paul Pearsall explains the theory and science behind energy cardiology, the newly emerging field that is uncovering one of the most significant medical, social, and spiritual discoveries of our time. The heart is not just a pump; it conducts the cellular symphony that is the very essence of our being. Pearsall shows that by listening to the subtle energy and wisdom each of us has within our hearts, we can learn valuable lessons for loving, working, playing, praying, and healing. By unlocking the heart’s code we can discover new ways of understanding human healing and consciousness, even as we create a new model for living that leads to better health, happiness, and self-knowledge.

This book is a recommodation of Bashar

Bashar answers a question about animal consciousness and what it means for human beings and what happens, when animals die. I guess he speaks mainly about pets, although it concerns all animals in a certain way. END_OF_DOCUMENT_TOKEN_TO_BE_REPLACED

A man was selling oranges in the middle of a road. He was illiterate, so he never read newspapers. He put some signs along the road and spent the whole day praising the flavor of his wares.

Everyone bought from him and the man thrived. With the money he placed more signs on the road and began to sell more fruit. Business was growing fast when one day his son – who was educated and had studied in a big city – asked him:

“Father, don’t you know that the world is going through very hard times?  The economy of the country is in an awful state!”

Worried by this, the man reduced the number of signs and began to sell fruit of inferior quality because it was cheaper. Sales slumped immediately.

A wonderful story for the actual times where also “autorities” tell everybody, how hard the times are.  And matching to this I publish the actual newsletter of Chief Joseph and I hope that this gives some insight as to not listen to others but trust ONESELF!

First of all, to satisfy those who may be curious, “OPO syndrome” means caving in to other people’s opinions.

That is certainly one of the greatest “bugaboos,” if you will, in your lives.

You have been taught, from time immemorial, to honor others, to always be there for them, to do their bidding, you might say. You have heard this so often from your “authorities” (parents, churches, governments, schools, etc.) that it has become part of your being. It is part of what you call the mass consciousness. You don’t question or doubt it, you just buy into it.

John was certainly doing that when he started stewing about that author’s opinions of him and his work. He had to ask himself why. His internal dialog went something like this:

“Why does it matter to me what she thinks? Why should I give a damn what other people’s opinions of me are? I’m doing work I love. It’s my life’s work, and I can clearly see the positive effects it’s having on my own life and the lives of many others. That’s all that matters to me.”

We would urge all of you to have that same dialog with yourselves.

Are you doing something — anything, maybe everything — in your lives mainly or solely to please others? If so, why?

That, friends, is the “bottom line,” the key to reclaiming your power — doing only what feels good.

Let 2009 be the year you reclaim your birthright, your power, the year you honor yourselves as much as you honor others. Let it be your year of empowerment.

Question: How come we humans are so cruel to animals all over the world?

Q:  Yes … how are animals feeling?

B:  Thank you, then you may continue.  Let’s keep this simple, a step at a time.  Even though you have on your planet this understanding of, what you call, a Golden Rule, you understand?  “Do unto others as you would have them do unto you.”

In actual fact, even though that is in itself a truth, a more fundamental and precise way to understand that principle is as follows, in that, ” you will do to others what you are willing to do to yourself.” The self-loathing, self-anger, self-hatred, and self-devaluation that humans on your planet have been taught … the judgement upon the self that makes humans think they are “less worthy than,” will make them, in that sense, jealous of anything and everything they deem to be pure; and, in that sense, they will hate it and take out their aggressions upon it.  Animals, in that sense, will be a good target for them in their minds, because your society does not necessarily deem them, in general, to be conscious beings, and therefore, there is not as many repercussions about taking out your frustrations on animals as there is taking them out on humans. Do you understand?

B:  I’m not saying that they are less equal, but your society in general thinks that, and because it hates itself, or such people hate themselves, they will strike out at anything that reflects to them a reminder of that self-hatred.  And when they see something perfect and pure as an animal, full of conviction and absolute power and love, they will strike out at it. Because it reminds them of what they believe to be a true weakness within themselves, even though it isn’t actually true; but that’s what they have been taught to believe about themselves, that they are not natural and so they hate everything that is of nature.  You follow?

B:  That’s why they do that, psychologically.

Q:  How do animals deal with it?  With all this pain and cruelty?

B:  Well, they deal with it as best as they possibly can.  The idea of course, is that animal consciousness – not in any way, shape, or form, meaning to condone these actions on the part of the humans towards them – but animal consciousness is unconditional in its love, and in its expression and conviction of self, and, in that sense, they will deal with it simply by being what they are, and that is pure reflections of creation. Whether they remain physical or translate into Spirit, they will deal with it as pure, unconditional reflections.

Now yes, many animals will, of course, take upon themselves the reflective traits of those doing the abuse, and may strike back, of course.  That is only, also in its sense, natural, as a reflection of the consequences of the actions of the humans that may be perpetrating the abuse against them. But the idea is, nevertheless, that they are not doing that out of vindictiveness, they are only doing it out of natural reflection and consequences of behavior and action.  And it is still in unconditional love, which they carry within them, that allows them to be connected to humanity in such a way that they are willing to participate with you to show you these ideas.  So that, perhaps, one day you will understand how much humanity has learned to hate itself, and perhaps can ultimately learn to love itself as much as the animals reflect that unconditional love of the Infinite to you.  That’s how they deal with it.

They know that they are eternal, no matter what you do to them. Again, this doesn’t excuse the behavior, but they know they are infinite, they know they are eternal and they also, on some level — not exactly in the same way that humans understand this idea, when they do — but on some level, they understand it is all part of one particular dance of evolutionary learning to not need to do that, and to learn to love the self.

And in some senses, to put it in a very simplistic basis, if any animals on your planet exhibit the idea of predation, of predatory nature, and attack and such, it is mostly a reflection of the collective consciousness of the planet.

To put it simply, animals are predatory on your world, because you are.

On our world they are symbiotic, they do not prey on each other to the extent that they destroy each other.  It is a reflection of our understanding of wholeness; and the idea is that they can, in a sense, get what they need from each other without destroying the animal in the process.

Q: Oh. What do the animals on your planet eat?

B: In this way, again, it is mostly energy, and it is mostly through the exchange you call symbiosis. At times, in what you call the past, so to speak, there used to be some predatory forms; but no longer. Anything you would now perceive as a “predatory form” always leaves its prey alive, taking an exchange of energy in a certain way that benefits both.

As an example, there is a being, a creature, an animal, as you would call it in this way, that would be similar, as we have described it, to what you would refer to as a slug-like creature, but it will be a bit more flat. It will have upon the topside plates for the direct conversion of sunlight into another type of energy. As this creature crawls upon the skin of another being it will convert the sunlight into a type of energy that, when it is projected into the cellular structure of the being it is on, will release a type of energy that the slug feeds but the conversion will also regenerate and rejuvenate the cell of the creature it is on.

So it is symbiotic in that way.